A sewing machine changes the life of a poor family

In its mission to always be at 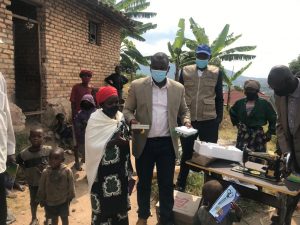 the service of the most vulnerable, namely refugees, immigrants, internally displaced persons and the destitute of all kinds, the “Forum Pour la Mémoire Vigilante”, FMV, granted a sewing machine to Nyirasangwa Marie Louise, a poor resident of the Matyazo sector in the Huye district, in the southern province of Rwanda.

Marie Louise is a woman in her thirties, married and mother of four children. This lady had received training in sewing three years ago and could not afford to buy a sewing machine to start her trade. In last May, the FMV granted this machine to this lady who thanked the FMV very much.

For the beneficiary, it is a miracle. 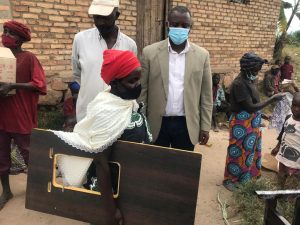 “I prayed for a long time to the Lord that one day he would give me a sewing machine so that I could have some money to meet the needs of my family. I thank you very much from the bottom of my heart and praise the Good Lord for having sent you to us”, she revealed, with tears in her eyes.

According to the head of the FMV, the act taken falls within the missions of his organisation.

“Our mission is to stand alongside refugees, internally displaced people, immigrants and the poor. And so, we know without a doubt that this sewing machine will change the life of this family and its entire community. The organisation intends to continue these charitable acts in other districts of the country if the means permit. Peace begins in families and poverty is the source of all evils”, underlined Mr. Ferdinand Ndayiragije, legal representative of the FMV. 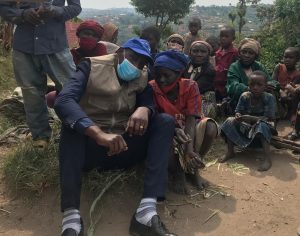 He added: “It is also with the aim of strengthening good peaceful coexistence and mutual support between the refugees and the host population”.

To perpetuate its actions in this locality, the FMV has gathered together Marie Louise and her neighbours i a savings cooperative, with Marie Louise as president. Each member will be able to pay a weekly membership fee in order to help each other.

“We are determined to lift ourselves out of poverty. We will contribute without exception and we will take care of this community donation ”, specified the members of this cooperative, which is mainly made up of women.

And the beneficiary, Marie Louise, must in six months teach at least one person in sewing.

In order to ensure the monitoring of the usefulness of the donations granted and to guide the beneficiaries in the good management of the aid received, last month in july, the FMV sent an assessment mission to see if the machine was really useful to the community it helped.

The beneficiary indicated that she is already at work and that thanks to the machine, she manages to receive little money to support her family. 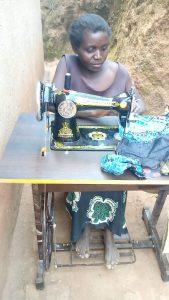 “Frankly, my family’s life has changed completely thanks to this machine,” she said.

She is planing to look for a more frequented place so that she can have a lot of customers. She thanks FMV for bringing them together in a cooperative, and adds that FMV has kind of multiplied their strength by helping them put their efforts to help each other.

“Forum pour la Memoire Vigilante, FMV” is a non-governmental organisation, under Rwandan law, active in education against crimes and humanitarian assistance of the most vulnerable populations such as refugees, internally displaced persons, returnees. and the most vulnerable immigrants as a result of crime or conflict.

It was founded in 2017 by a Burundian refugees group. It has already helped refugees and host populations in several areas including education for peace and the fight against genocide as well as the education of destitute refugee children.