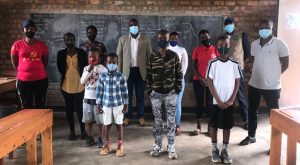 The World Refugee Day this year calls for greater inclusion of people in health, education and sport systems, according to the UN. It was established it in 2001.

The objective is to do an introspection in order to raise awareness of the cause among people uprooted by conflict and poverty around the world.

The Forum for Vigilant Memory (Forum pour la Memoire Vigilante, FMV), is convinced that the solution of refugee development is only through education.

“We have to educate our children, teach them good manners, help them acquire the spirit of discernment. If refugees become intellectuals, educated ones, they will learn tolerance and non-revenge. This is why we are for the education of refugee children. And as far as adults are concerned, peace education, leadership and active non-violence are our main objective. We will have contributed to the change of the world and the eradication of the causes of the refugee”, emphasised Ferdinand Ndayiragije, legal representative of the FMV. 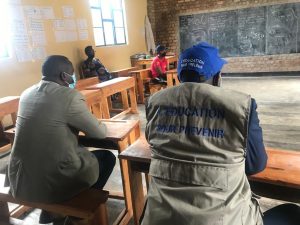 This NGO active in education against crimes and in humanitarian assistance for the most vulnerable populations such as refugees, internally displaced persons, returnees and most vulnerable immigrants following crimes or conflicts, has supported for the last two years more pupils and schoolchildren whose parents are needy, in Rwanda.

“Our wish is that no refugee child should stop studying due to lack of funds. We continue to knock on partners door so that the number of those who are supported increases, Now we support more than fifty children in southern province of Rwanda and we pay school fees. However, we need to increase this number ,” he said.

The time for mid-term evaluation …

A few months before the end of the school year in Rwanda, the FMV team visited schools to check the results of the education project. It was also an opportunity to provide advice to young people supported. 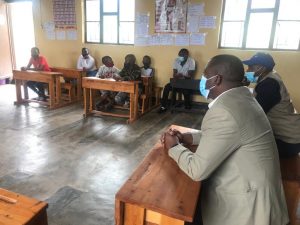 “The goal must be excellence. You will have to be examples at your schools, in all the courses but also and above all in discipline and good behaviour”, insisted Godefroid Sindayigaya, responsible for the Leadership and Education service within the FMV.

And to emphasise: “Focus on studying in class, do not waste your time on unnecessary things, have courage, and above all rely on good values of the culture and humanity of your homeland, Burundi. Always remember that you are not in your country to have the courage to return one day with intellectual baggage that will benefit your mother country ”.

Young people from primary and secondary school, supported by the FMV, are determined and committed to demonstrate the merit of this Scholarship.

“I am more determined, courageous and straight to the point to succeed in class in order to free my country, sooner or later”, a declaration of a young person, about nine years old, which shakes up the room where the session of  mid-term evaluation was held, in Huye, one of the districts of the southern province of Rwanda.

His friends just followed and supported him one after another. “We will succeed no matter what. Nothing will justify failure when there are people who sacrifice themselves to help us. We thank you very much and your partners,” they said. 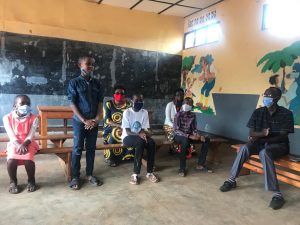 Their parents also expressed their gratitude for this initiative which is going to prosper. They did not fail to raise some concerns especially about the payment of the third trimester school fees for those who have not yet paid.

They also wish the FMV and his partners to increase the envelope to register more children in the program, as the needy remain much numerous.

The legal representative of the FMV has agreed that he will continue to knock on the doors of benefactors to carry far and advocate for this wish of parents and young children.

The parents are making a strong appeal to UNHCR to think of them. And this UN Agency explains, say the parents, that it is not able to cover the school fees of urban refugees because they are not more vulnerable ”, a response which does not convince these exiled from southern Rwanda.

Some of the children supported by FM and his partners are in primary and others in secondary school. In terms of needs, the most needy far exceed three times what is paid for, if only in the south of the country. And, after evaluation, the FM team found that if nothing is done, many young children risk dropping out of school for lack of resources.

At the national level, the executive committee of urban refugees in Rwanda has already identified more than 1,400 young people, especially Burundians and Congolese, who need more school fees to complete the current school year.

According to the 2020 UN report, there are 82.4 million refugees and displaced people in the world, 42% of whom are minors. More than 300,000 Burundians are camping in the countries of East Africa.

FMV is a non-governmental organisation, under Rwandan law, active in education against crimes and in humanitarian assistance of the most vulnerable populations such as refugees, internally displaced persons, returnees and most vulnerable immigrants as a result of crime or conflict.

2 thoughts on “World Refugee Day: Education as focus of FMV”