Karate, a means of occupation and the fight against juvenile delinquency 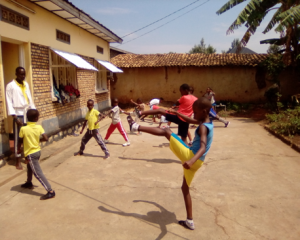 Even in Muhanga, one of the districts of the southern province of Rwanda, every Wednesday and Friday from 4 p.m. to 6 p.m. and Sunday from 9 a.m. to 11 a.m., several Burundian children and young refugees are supervised in a sport of Karate, Taekwondo style.

This initiative is from Bartèze Kazungu, a supervisor in the field. This young 21-year-old academic rose through the ranks in Karate and reached the level of the “black belt”, as we say in Karateka jargon.

“I had this idea of ​​supervising young people during the period of school unemployment following the Covid-19 pandemic,” he explains, before adding that the parents of the children have welcomed his initiative.

The supervision itself started last September and now covers a workforce of twenty young people of average age between 6 and 14 years old. 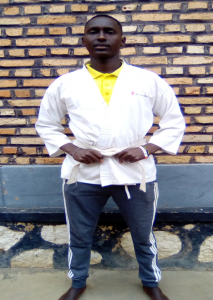 According to Bartèze Kazungu, Taekwondo is a style of sport based on physical, moral and social discipline.   “So in addition to sport, these children are mentally and socially supervised. It is also an occupation, a means of fighting against the harmful effects of juvenile delinquency at a young age, ”he explains.

A parent met on the spot who has three children benefiting from this sports supervision made the same observation.

“Since the start of supervision, my children have displayed good behavior. I warmly welcome this initiative and I would ask that other parents support this young mentor ”, he hammered before suggesting that the local administrative authorities and the representatives of the refugees can work together to promote this sport. .

Hosana Igiraneza and Enzo Watchman Niyorugira are two children, a young girl and a boy from this Karate club in gestation. They confirm that this sport has significantly changed their lives.

“Since I started Karate, I feel strong, responsible and courageous. Me and my two little twin brothers, except in the case of illnesses we cannot miss any session and we are always on time. We ask that this supervision continue ”, testifies Igiraneza. 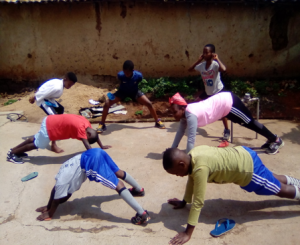 “Everyone was laughing at me because of my tall size, disproportionate to my age. I felt too heavy and had a lot of complexes. But today I feel really flexible and proud of myself. I thank Maitre Bartèze a lot ”, indicates Niyorugira on his part, before inviting other children of his age to join them because according to him they earn a lot.

As challenges, Bartèze Kazungu says that he has not yet had a suitable room for this supervision.

“Children play sports outside in the sun and sometimes they have to quit because of the rain. Also the children do not have appropriate outfits for this sport (commonly called Kimono) ”, suggests this supervisor, called Maitre in their jargon.

He asks that he would have a helping hand from the benefactors to help these young people to work in the best conditions. As perspectives,   he intends to continue this activity even during the school period, in the weekends or after classes.