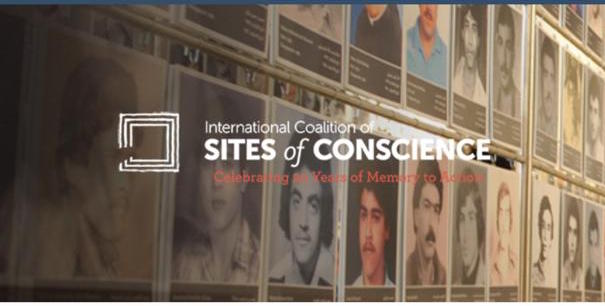 Since early June 2020, the Forum pour la Memoire Vigilante (FMV), is now a member of this global network.

Founded in 1999, the International Coalition of Sites of Conscience (“the Coalition”) is the only worldwide network of Sites de Conscience.

With over 275 members in 65 countries, the coalition builds the capacity of these vital institutions through grants, networking, training, transitional justice mechanisms and advocacy.

Their members and partners remember a variety of stories and come from a wide range of settings – including long-standing democracies, countries struggling with legacies of violence, as well as post-conflict regions just beginning to address their transitional justice needs – but they are all united by their common commitment to connect past to present, memory to action.

“I and the whole FMV team are very pleased with our collaboration with all of you. Being part of the global network of historic sites, museums and memory initiatives that work to connect the past with the present, from memory to action is an asset for an organisation like ours, Forum pour la Mémoire Vigilante”, said Mr. Ferdinand Ndayiragije, representative of the FMV, after the acceptance of this NGO as network member.

The International Coalition of Sites de Conscience also appreciates the membership of the FMV.

“We are delighted to collaborate with you! We have no doubts about your contributions and we are aware that erasing the past can prevent new generations from learning critical lessons and destroy opportunities to build a peaceful future.”, said coalition officials.

The FMV is one of the eight member organisations of “International Coalition of Sites de Conscience” in the Great Lakes Region of Africa. This organisation working in Rwanda has a vocation of memory, education to peace and prevention of genocide. The 5 members out of 8 are from Uganda and Kenya while 3 are right now from Rwanda.

Mothers from different sides of the civil war in Sri Lanka (1983-2009) are sharing their stories in community workshops that employ holistic, integrated, and multidisciplinary approaches to address issues of truth, justice and reconciliation.

Also, Youth from every region of the United States are using the history of the civil rights movement to amplify their voices in the fight to make educational opportunities more equitable.

And then, Police officers from both sides of the conflict in Northern Ireland are telling their stories in an oral history project designed to foster trust and understanding among the two factions.

In the end, thousands of rural school children are being educated through a traveling exhibit about the civil war in Sierra Leone (1991-2002) – a war that took the lives of 70,000 people, but which many adults are hesitant to discuss about for fear of opening old wounds.

Every one of these activities – and thousands more underway around the globe – has its roots in the past and its sights on the future. Through these conscious and united efforts, the International Coalition of Sites de Conscience connects past to present, changing the world, one memory at a time.

#Education to prevent #prevention #memory "What advice would you give @SitesConscience in the #UnitedStates that are focused on overcoming the divisive and polarized climate of the last four years?" please, read here : https://www.sitesofconscience.org/en/2021/02/fvm-piece/

They can be prevented also by peace education